Bernard and I have known each since we were 16 and 19 years old. We fell in love at a very young age and knew we had something special but could not act on it because we were just too young. 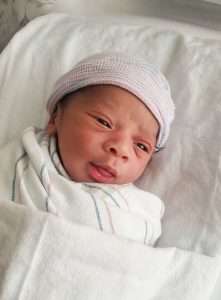 In 2017, we rekindled our love and were both truly ready to start a family. At this point, we knew that something might be wrong since over the years I had never been pregnant, and he and his ex-wife did not achieve pregnancy either. I was hitting 40 and knew that now age was also a factor in why we weren’t getting pregnant ourselves.

After some testing, we found out that I had a blocked tube and was told that my eggs were appearing older than a person of 40 years of age. We could never get any real answers for Bernard’s unexplained fertility issues. 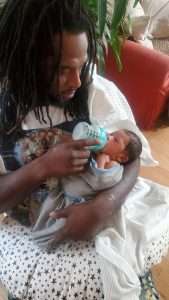 As time went by, we decided to try IUI but then COVID hit and our treatment was delayed for months. Once fertility centers were able to start treatment, we were told by another center that it could be months before we could get started and still did not have answers on Bernard’s testing.

We decided to ask around about other fertility clinics and my sister had a friend who had achieved pregnancy with Dr. Ekpo at Laurel Fertility Care a few months prior and they spoke very highly of her and the office. I immediately called the office to book a consult and we felt an instant connection with Dr. Ekpo.

She was straight to the point, educated in her field and we felt that Dr. Ekpo had the most genuine spirit. There was something about her, and we know she was the one to help us on our journey. We took additional tests and Bernard was able to get a reading on his fertility testing (thanks to the facility having their own lab and specialist on site). 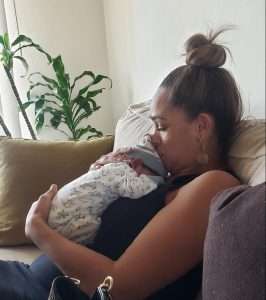 We decided it would be best to move forward with IVF and achieved pregnancy on our first transfer. Our little baby boy Bailey was born on August 1, 2021, and we feel like other than God, we owe it to Dr. Ekpo and her team for achieving pregnancy. There is nothing sweeter than being parents.