Most women with regular menstrual periods have normal follicle development and will release an egg every month. Others may have irregular cycles and the timing of ovulation is uncertain. In some cases, even though a woman has regular menstrual cycles, but her age or other hormone levels useful for egg development may be abnormal so that the egg released at ovulation will not result in a successful pregnancy.

Under these circumstances, or to improve the chance of conceiving, we may use different types of medications for controlled ovarian hyperstimulation for a stimulated cycle.

Clomiphene Citrate and a newer agent, Letrazole, are the most commonly prescribed oral agents used for ovulation induction. It is used primarily to treat women who have ovulation disorders as reflected by infrequent or irregular menstrual cycles but is used also in women who ovulate normally but plan to release more than one egg each month to improve their chance of conceiving. Clomiphene works by causing the brain to release of more of follicle stimulating hormone (FSH) and Luteinizing hormone (LH), from the pituitary gland. FSH and LH in turn stimulate the ovaries to produce eggs and the ovarian hormones estradiol (E2) and progesterone (P4).

Gonadotropins are the injectable medications used in women who are unsuccessful with clomiphene citrate or in older patients. These medications contain FSH and stimulate the ovaries directly. There are a number of different products available for this process. They include Repronex® and Menopur® that consists of a combination of both gonadotropins, follicle stimulating hormone (FSH) and luteinizing hormone (LH), and newer products, Bravelle® , Follistim® and Gonal-F® consist of pure FSH with no LH. Bravelle®, Follistim® and Gonal-F® may be given by subcutaneous injections. These products are usually administered starting on cycle day 2 or 3 and is every day. Treatment with any of the gonadotropins require close monitoring of egg development with blood estradiol levels and ultrasound scans of the ovaries to determine when the follicles containing the eggs are mature and to adjust the dosage of gonadotropins when necessary. When the eggs are believed to be mature. human chorionic gonadotropin (hCG) is given to trigger release of the egg(s). IUI, if indicated, is scheduled for 24-40 hours after the hCG injection depending on the agent used for controlled ovarian hyperstimulation. After ovulation, support for the luteal phase of the cycle may be provided with P4 vaginal suppositories or capsules.

Stay in the know 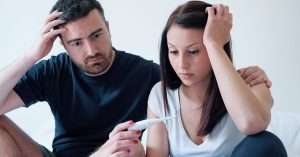 IUI vs IVF: Which Is Right for You?

The fertility journey is full of emotions and hard decisions, leaving many couples feeling overwhelmed by the treatment options available ...Read More

"My OBGYN recommended Laurel Fertility Care, as opposed to UCSF.  He said I would get more personalized attention and more intimate care than at UCSF.  And he was right!   ...Read More